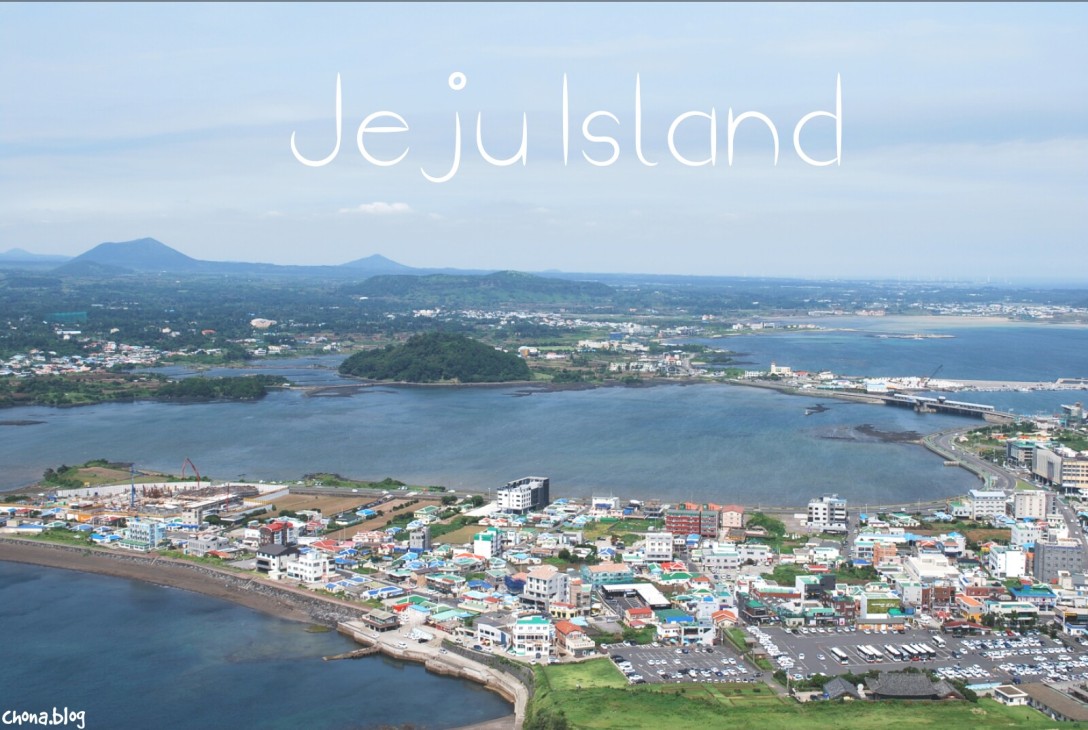 My Jeju trip continues as I explored more of the wonderful attractions in the island.

Jeju trip is not complete without visiting the famous Seongsan Ilchulbong. Located on the eastern seaboard of Jeju Island, Seongsan Ilchulbong is a UNESCO Heritage Site and one of the most famous geographical features in the island. It is an archetypal tuff cone formed by hydrovolcanic eruptions underneath the sea about 5 thousand years ago. With the height of 180 meters above sea level, this tuff cone resembled a gigantic ancient castle. It has a preserved bowl-like crater and the base of the peak is surrounded by rocky landscape and steep cliff created by the eruption of the volcano. The peak of Seongsan Ilchubong has the best view of sunrise on the island, no wonder it is also called as the ‘Sunrise Peak’. Climbing the peak takes approximately 20-40 minutes in a bit steep trail using stairs and there available rest stops and benches overlooking the sea. Upon reaching the top, the spectacular view are worth all your sweats in hiking. The admission fee to Seongsan Ilchulbong won’t break your wallet as it only cost less than a dollar.

If you want to experience underwater world, Jeju Sea World U-do submarine is the one for you. Located at the eastern coast of Jeju Island, U-do is particularly famous for its rich marine life. The U-do submarine travels from 10, 20, 30 and up to 500 meter depth where you can get a close look at U-do’s exquisite aquatic animals and colorful coral reefs. You can explore the island’s abundant marine species in its natural habitat. This definitely one of my best experienced in my Jeju trip.

Jeongbang waterfalls is one of the famous attraction in Jeju Island. It is the only waterfalls in South Korea where water falls directly to into the sea. The waterfalls is 23 meter high and the two streams falling down the black cliff create a thrilling sound and amazing view. There are steep cliffs and pine trees around the falls and an observatory deck where you can view the perfect scenery of the waterfalls.

Located at the foot of Sanbangsan Mountain in the southwest coast of Jeju Island, Yongmeori Coast is also known as Dragon’s Head Cliff because it resembles the head of the dragon going into the sea. This coast was formed more than a million years ago by the eruption of the oldest volcano in the island. The cliff is 30-50 meters high and its rock walls feature a stratified curves and there are small caves shape like a room between the walls. Along the coast, you can see the women sea divers of Jeju who sell their fresh catch from the sea.